Specialized builds a bike I would ride....

Yes you read that correctly.  Specialized has put together a 40th anniversary Allez that could hang in my garage anytime.

From Cyclingnews.com
Proceeds to go to World Bicycle Relief
In celebration of Specialized's 40th anniversary, the Californian based bicycle company will be auctioning off 74 lugged steel Allez framsets for charity.
In collaboration with Mark DiNucci, one of their original frame builders, Specialized has produced a one time run of 74 frames, with 100 percent of the proceeds going to World Bicycle Relief (WBR).
WBR is a non profit organisation founded in 2005 that distributes bicycles in the developing world to aid poverty relief, and disaster recovery initiatives. Since 2005, WBR has provided more than 195,000 specially designed, and locally assembled Buffalo bicycles to disaster survivors, students, health care workers, and entrepreneurs. Specialized is not the first major brand to partner with WBR, with SRAM, Pedro’s and Cane Creek among others having supported the non-profit organization.
“Keeping with the 40th theme, we will build the 40th Anniversary Allez in the very factory that created the first Stumpjumper, a factory that continues to produce some of the finest handmade bikes in the world,” said Bryant Bainbridge, who was R&D manager for Specialized in the 80s.
To sell the frames, Specialized has partnered with eBay’s Giving Works. The 74 limited edition Allez frames are not a commercial product, and once sold, will never be made again.
Included with the Allez will be a limited edition Merino wool sweater, winter and summer cycling caps, exclusive leather S-Works Toupe saddle with matching leather saddle bag, and matching leather bar tape. It sounds like all 74 framesets will share the same size, but we've received no word on what that size is.
The frameset will then be shipped in its presentation box to the Specialized dealer of the buyers choosing, and will not be opened until it reaches the owners hands.
Posted by beyondgeek at 9:21 AM No comments:

I have always liked the way the Giro size large has fit.  Yes I need the large, I have a big head.  I have worn the Giro Atmos and Pro Lite.  Both helmets fit well and were nice and light.  But remember I am not a racer and I traded in my carbon race bike for a custom steel frame.  And in my opinion the race helmets didn't really match the classic look of bike riding I was going for.  So for 2 years I wore the Giro Reverb.  Not a tech or light helmet at all, but I like the clean classic style.  So when pictures of the Giro Aspect started to service I was interested.  A month ago I finally pulled the trigger and got a new helmet, the Giro Aspect.  I have now used it for commuting and long saturday rides exclusively.  It is is a nice clean looking (non-race) helmet on the outside, but has all the fit and adjustability as the high end race helmet.  Good ventilation and the built in brim make the package complete.  So far the helmet is exactly what I have wanted.  Now Giro needs to make it in a clean white color combination for the hot summer and I will be set.

Posted by beyondgeek at 4:38 PM No comments:

Back on the Road!

Being an adult comes with responsibility.  Last summer I made the decision to finish a college degree that I start over 10 years ago.  What does that have to do with my bicycle?  In the spring of 2013 I striped my custom steel frame road bike.  With the idea that I was going to upgrade to Campagnolo Record group.   Then with job change, purchasing a new house and going back to school.  The upgrade never happened.  So this meant no bike for me for over a year.  This spring I called in every favor I could and came up with everything I needed to hit the road again.

My cockpit remained the same: Enve handlebar, stem, seat post and fork.  Shimano has always treated me well, so a new 11 speed Shimano Ultegra group made for a great drive train choice.  I would of liked to keep my Enve 3.4 wheel set, but when on a budget I had the guys at Biker's Edge build me a killer pair of HED Ardennes Plus wheel on a DT swiss 350 hubs. 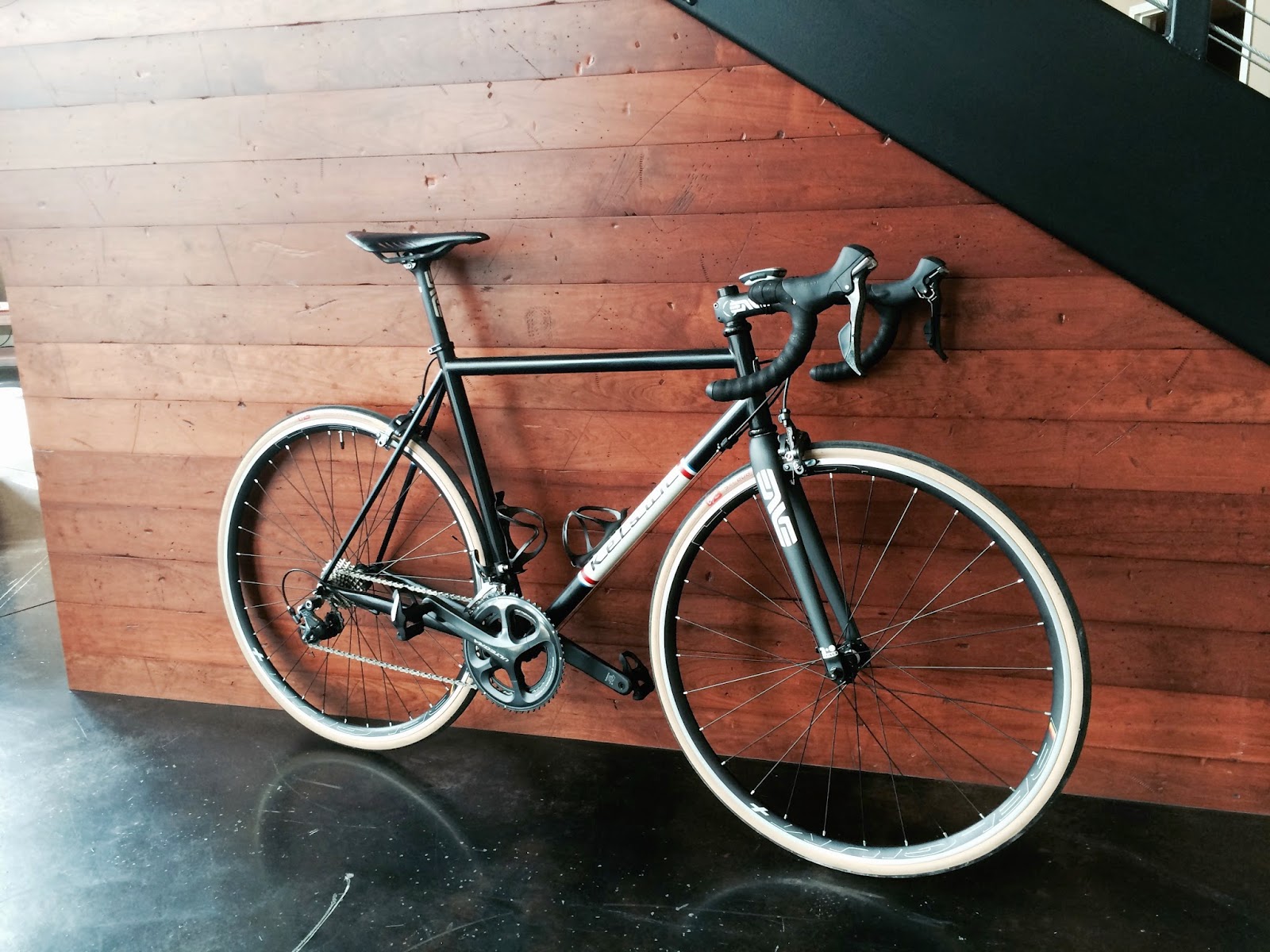 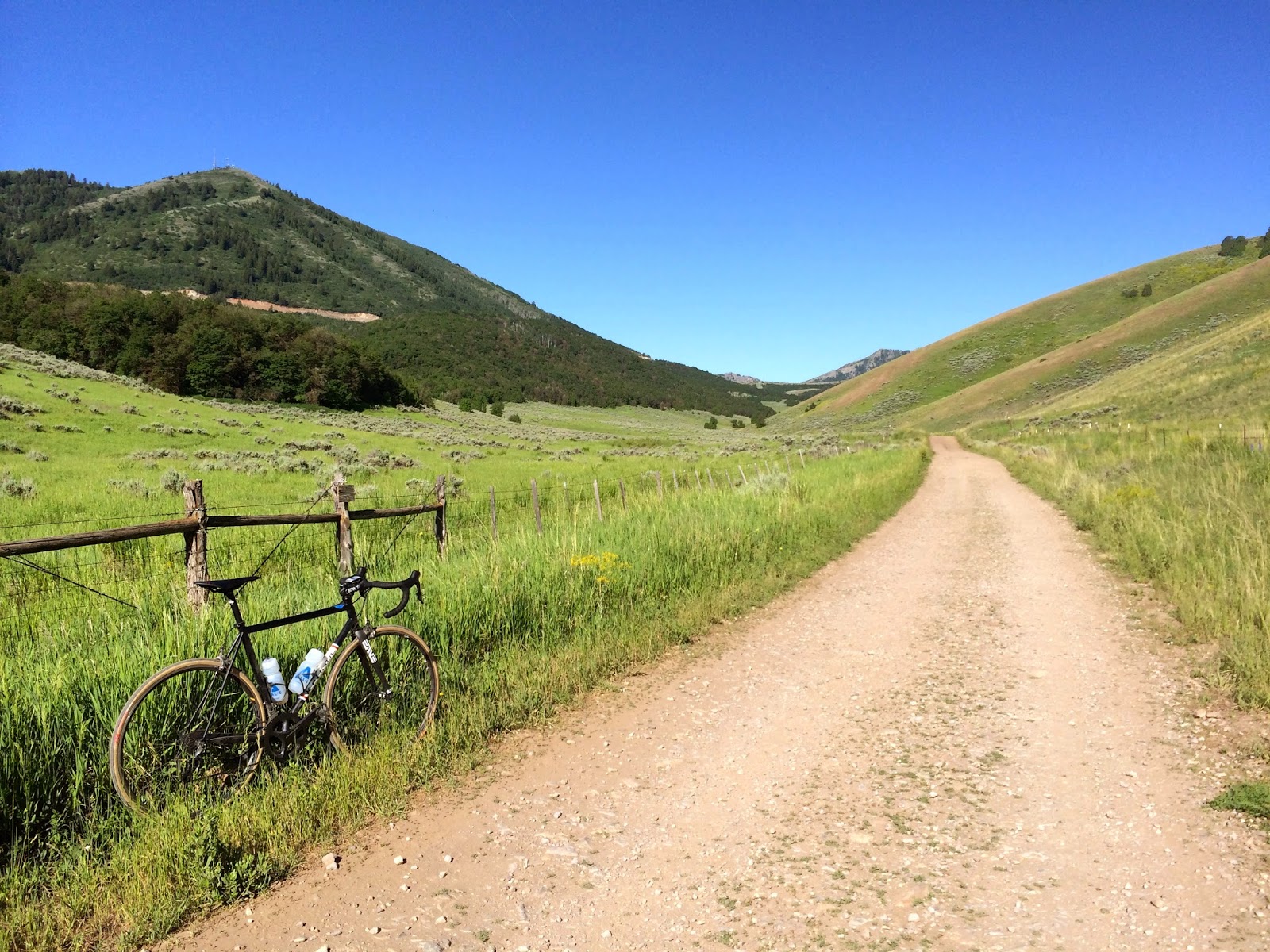 Posted by beyondgeek at 8:34 PM No comments:

A video that is worth sharing with everyone....
Beyond the Metal from Sidewayz Films on Vimeo.


Posted by beyondgeek at 6:26 PM No comments:

Red Bull is going to have the event live this year.....

Posted by beyondgeek at 2:47 PM No comments:

FOR THE LOVE OF BIKES: THE SPOKESMAN

Posted by beyondgeek at 12:33 PM No comments:

I can only wish I had the skill and time to make something as cool as this....

That is just under 2.3 ounces!

There are self professed weight weenies out there who bolt on the lightest weight parts they can find, and then there are theses guys – dare we say light weight artists? Found over on the Light-Bikes forum, this stunning 64g (!) derailleur is the product of a duo who go by the handles of FastDad and Cola Wheat. What started life as a spare Shimano Dura Ace 7800 rear derailleur weighing a rather portly (comparitively) 180-190g, was morphed into the show stopper seen above complete with a carbon b-spring. Yes, a one-off carbon spring.
Check out the details, next.

Based on the looks of things, Stefan who goes by FastDad is quite handy with a Dremel – this is part of where the art comes in. Not only was he able to get the weight down to a very impressive 69g before handing it off to Cola Wheat, but the lines of the cutouts are beautiful. By just looking at it you’d have a hard time figuring out it was done by hand. At the top is an exploded diagram with every stock piece weighed, with the modified versions and the addition of the first cage below.

After the hand off was made to Cola Wheat, Thomas started his magic by building a carbon fiber b-spring! Thomas actually goes into pretty great depth on the creation of the spring which weighs just over 1g.

In addition to the beautiful anodizing, Thomas also provided the new Tron-esque derailleur cage and pulleys. Total weight for the entire cage is 10 grams.

Borrowed from BikeRumor.com
Posted by beyondgeek at 2:13 PM No comments: